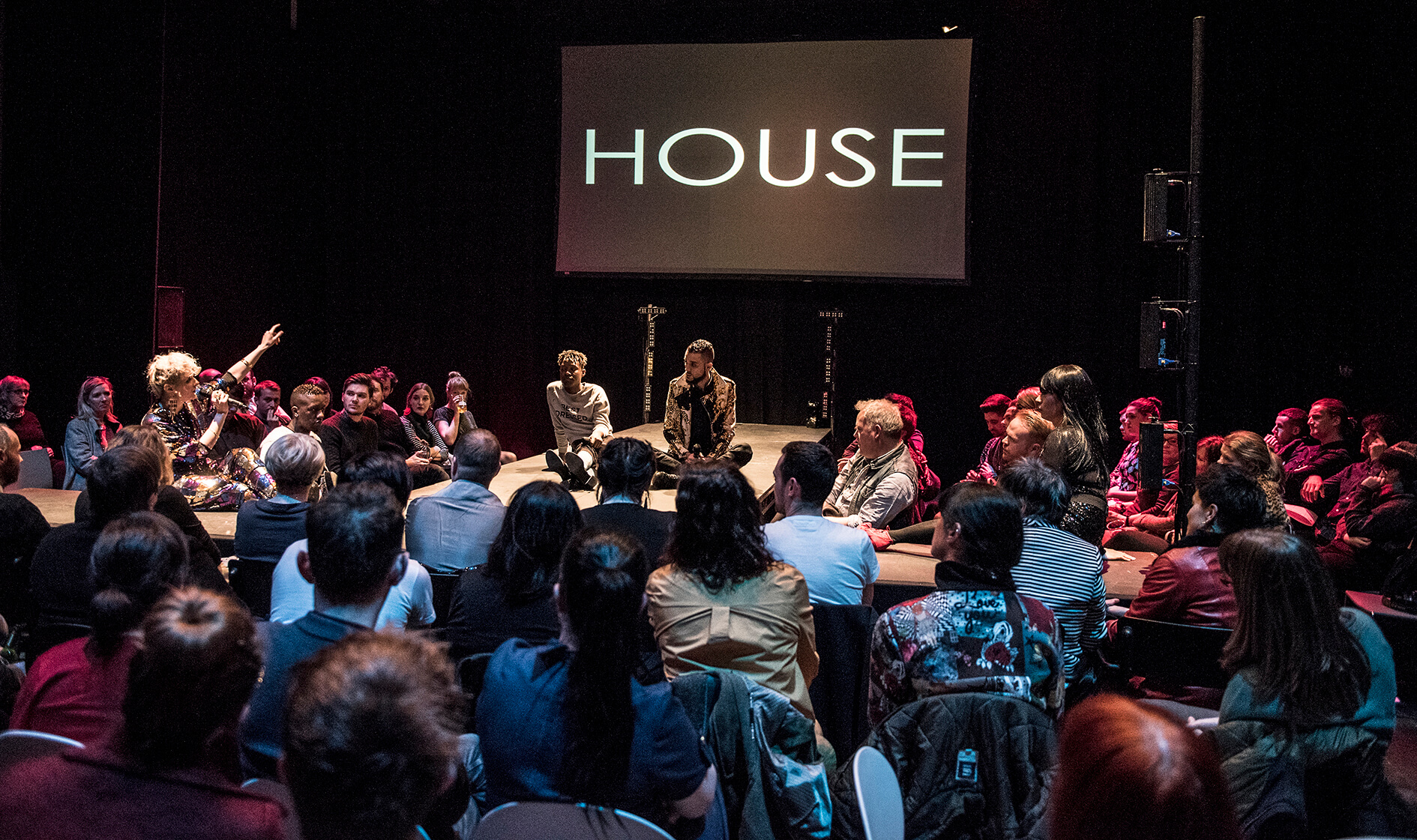 HOUSE is a collaborative work that took three years to make.It was performed and filmed in the MAC, Belfast in 2015. This was the first time that anyone from the New York Ballroom Scene had come to Ireland to talk about their rich and diverse culture. Ft Twiggy Pucci Garcon ( Choreographer on FX Pose), Chi Chi Mizrahi, Kimora Miyake Mugler, Mike Q, Jack Mizrahi, Kia La Beija and Venus Dupree. This was a historical moment in Belfast that influenced a generation of Vogue Performers and Ballroom here.Dir: Claire Hall, Twiggy Pucci Garcon & Kia La Beija