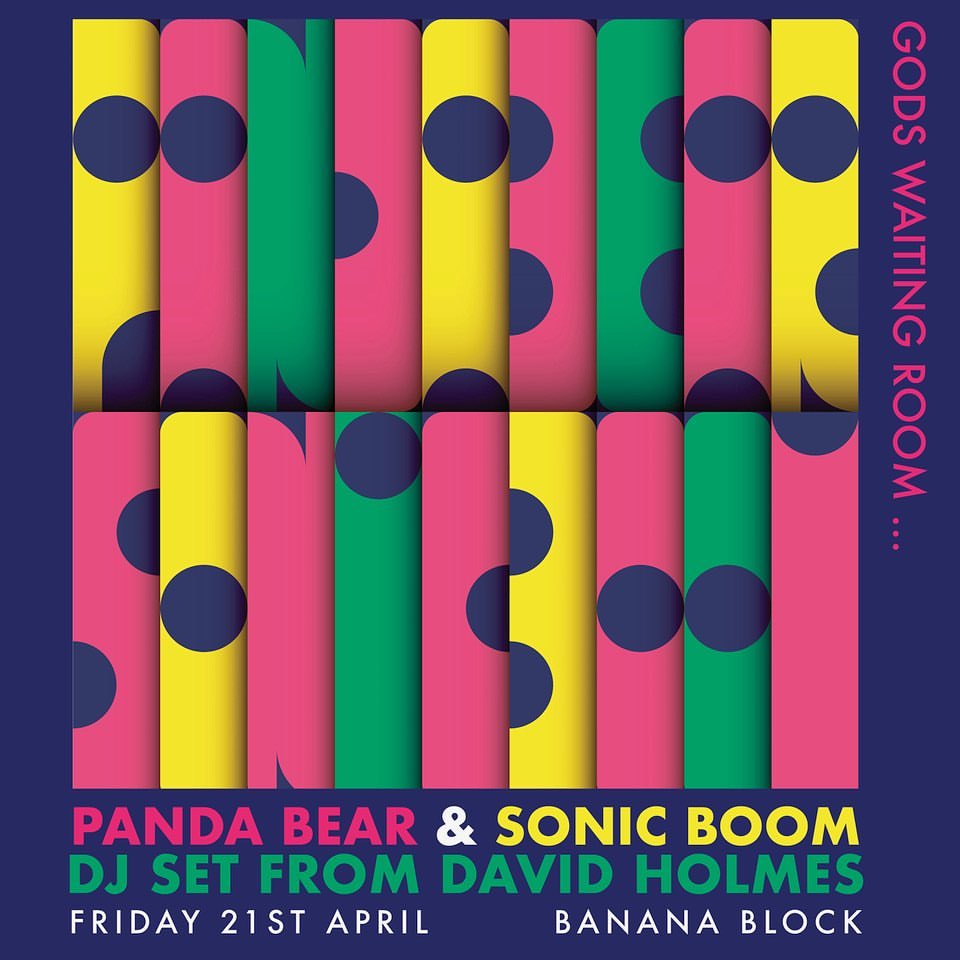 God’s Waiting Room is Belfast’s most magical club night curated by the Legendary David Holmes. No two nights are ever the same bringing a line up of the most important figures in Dance music past and present with a focus on immersive visuals and sound. Step inside and let curiosity be your only guide.

Six years ago now, Sonic Boom left his home in England for Portugal, at least in part to be closer to Panda Bear. The unlikely pair met via MySpace nearly a decade before, when Panda Bear thanked Sonic Boom’s former band, Spacemen 3, in the liner notes for his solo classic, Person Pitch, prompting Sonic Boom to message him with gratitude of his own. They forged an enduring partnership, with Sonic Boom mixing and co-producing a spate of Panda Bear releases since 2011’s Tomboy; they worked especially closely on 2015’s Panda Bear Meets the Grim Reaper.

Sonic Boom’s notion for Reset was simple enough: After lugging his records to Portugal, he slapped them on a turntable in a fresh space, renewing his fascination with old favorites he had not heard in years. There was the great early rock singer Eddie Cochran, for instance, or the stunning American harmonizers of The Everly Brothers. Something new struck him, too—the way the ornate intros to many of these standards felt largely like stage curtains, compelling in their own right even if they had very little to do with the hits that followed. Sonic Boom began crafting song-length loops from these preambles, twisting and bending the parts like scrap metal into chimeras. Panda Bear knew what to play and sing instantaneously and turned them into proper tunes.